December Dog of the Month…OLIVER

December Dog of the Month; Oliver 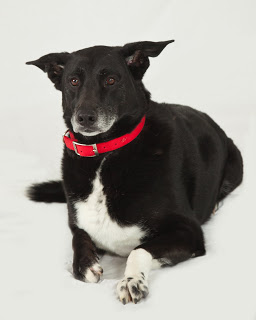 Oliver is a very sweet Border Collie and Elk Hound mix. He is a very silly guy, and is really under the impression that he is not a dog at all, but a human. His parents and the girls at Ruffledale go along with his beliefs on that matter. He can be a border collie-human mix! Oliver has been coming to Ruffledale for about a year. He used to come with his sister Gracie.Sadly, Gracie passed away this past spring.Oliver and his family had a hard time with her loss, but still enjoy the memories of her and Oliver playing together.

Oliver was a rescue pup. He came originally to his Mom who gave him lots of love. She first gave Oliver a bath and then spoiled him with toys and love. Oliver also got a new sister when he came home. After lots of love with his new Mom and sister, Oliver got a new Dad and the two of them became best friends right away. Oliver’s Dad has nicknamed Oliver “Buzz.” Oliver always loves to come play at Ruffledale but is always a little sad to leave his Dad. In Oliver’s ideal world his family would come to Ruffledale with him during the day! Oliver loves coming to play, but he is also happy to go home at the end of the day. He especially loves if his Mom gets him some chicken nuggets on his way home from daycare. Mmmm…. Those are his favorite of all treats! Oliver also loves to play with an old ball that belonged to Gracie when he gets home. Oliver is a very loyal dog and loves his family unconditionally.

Oliver is a very loving boy. He loves having right above the base of his tail rubbed. That is his favorite “spot.” Oliver also loves to show his affection by giving “hugs.” “Hugs” are very sweet because Oliver will literally jump up on you (when you ask him too) and give you a very human like hug. He does have to get to know you a little bit before he is willing to do hug’s with you. We all love getting Oliver hugs here at Ruffledale. Oliver has become a regular here at Ruffledale and we are all happy to see him every morning. He loves to stick with his favorite people and is always full of love for us! We have all loved the time we have gotten to share with Oliver. xoxoxo